Enticing discount mortgage rates have helped put Calgary’s detached home market in rare form.
The sales-to-new-listings ratio and months-of-supply metric are among the factors signalling sellers’ market conditions in the city’s single-family segment, says CREB® chief economist Ann-Marie Lurie.
“The last time we saw conditions like this in the detached market was early 2014,” she said.
In February, the detached home months of supply was 1.72, which reflects a year-over-year decline of 58 per cent decline. Meanwhile, the sales-to-new-listings ratio was 71 per cent.
The benchmark price on detached homes in Calgary last month soared five per cent over the figure from February 2020.
Lurie says lending rates have been the “main force” behind the shift to a sellers’ market her in the city.
“We are seeing demand across all price ranges. I think lack of supply in some of the lower price ranges has also driven people to go into the higher ranges.” – Ann-Marie Lurie, CREB® chief economist
“I’m not talking that overall five-year benchmark rate, I’m looking at these discount rates that we are seeing in the market, which are quite low,” she said.
“If you think of that mid-point to the later point of 2020, you saw discount five-year rates of 1.4 per cent. That is incredibly low, and I think that is what has been driving a lot of the activity that we have seen.”
At the time this was written, Ratehub.ca had five-year rates listed at less than 1.8 per cent. In comparison, discount rates listed on Ratehub.ca in 2018 sat above three per cent.
“In 2019, they started to drop near the end of the year, but they were still more than two per cent,” said Lurie.
She says stricter lending requirements and higher interest rates, barriers for buyers in recent years, helped create pent-up demand, one factor that led to the surge in detached-home sales earlier this year.
Year to date, there have been 1,855 transactions in this segment, topping the same timeframe in 2019 by 55 per cent.
“We are seeing demand across all price ranges,” said Lurie. “I think lack of supply in some of the lower price ranges has also driven people to go into the higher ranges.”
One of the sharpest increases in sales was seen among homes priced $950,000 – $999,999, with 31 deals done between Jan. 1 and the end of February, compared to just six in the same period last year.
Sales activity in the detached segment has improved across the city, says Lurie. In February, the pace was set by neighbourhoods in northwest Calgary and south Calgary, each reaching a sales-to-new-listings ratio of about 84 per cent.
For sellers’ market conditions to continue, discount lending rates will need to stay low, but there will also need to be “alignment with the rest of the economy,” says Lurie.
“That pent up demand can only go so far,” she said. “We also have to keep in mind what is happening on the job front and how we look coming out of the pandemic in terms of economic activity.” 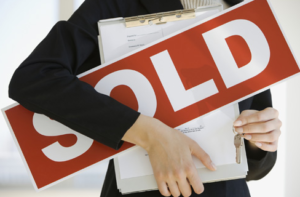